One of the ‘welcome week’ events for postgraduates students in my school was a pub crawl. I missed some of the programmes, including that one. As I had never heard of it before, I asked a friend what it was about; and he told me they basically went from pub to pub in town having at least a drink in each. So, when I moved to Le Paris, I went online, and searched for English-speaking churches in Paris, and came up with four. One was a bit far away, so I struck that out. Interestingly, the rest were all at different times! This gave me the bright idea of attempting to attend all in one Sunday. And voila, the church crawl was born!!!

Armed with the RATP (Paris Metro) app, Google Maps, and of course, the Holy Spirit, I kicked off the day with:

One of my lifelong dreams has been to attend something Hillsong, anything Hillsong (you know I love my music ;-))! In fact, I almost applied to schools in Australia just so I could hear Hillsong live. Yup, true talk. So you can imagine my delight discovering there was a Hillsong church I town, and it was the closest to me. They had two services. I attended the first at 10 am. I was about 5 minutes late as I woke up behind schedule :’). now, it wasn’t clear from the website whether the services were in English or not (you could choose to view the website in either English or French). I just hoped that at least one of the services would be in English, and that that one would be the 10 am! As it turned out, the service was in English and French simultaneously. [I have since revisited their website and it is stated that the services are both in English and French]

While singing, songs were taken in both French and English (and translations were always put up on the screen no matter which language which was very helpful). While speaking was going, there were two people on stage one speaking in English and the other in French, not simultaneously, but one after the other. The pastor would speak, pause and let her translate, then speak again, and so on, Sometimes he would say a phrase in French, and she would speak in English.

The service lasted about an hour and fifty minutes; and was quite energetic. As, I headed out, I handed the newcomers’ card I had filled in to one of the hosts. I got an email later on, and I think I received a call from a member of the church (the person just said she was calling from ‘the’ church, not specifying, how could she have known I attended three churches that day? 😀 ). 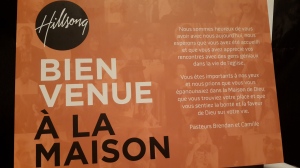 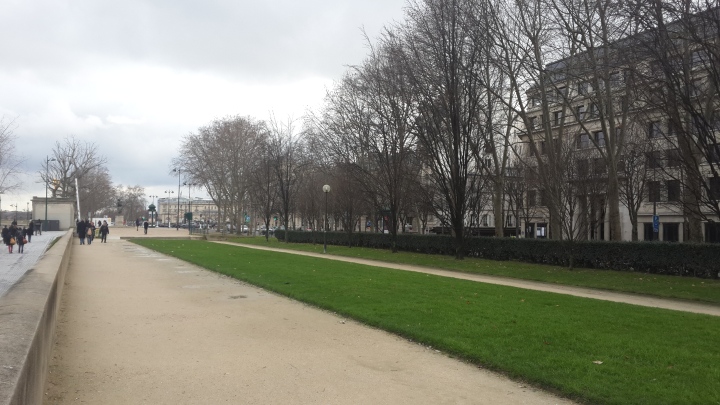 It was all very pretty.

THE AMERICAN CHURCH IN PARIS http://www.acparis.org/

At about 1, I went into the church and took some pictures as well (I wanted to avoid taking pictures while service was on. It is quite an orthodox-ish church (although I attended the contemporary service). So, there were some things that were new to me. There was a baptism during the service which was great. The lady’s story was especially inspirational. She was born into a Muslim home, but has made a decision to follow Christ. Great news! The pastor spoke on Hiding in a Quiver and a Dwelling with readings from Isaiah 49:!-7 and John 1:29-42. I’ll be honest, I could not quite follow the message. I didn’t understand it. After the service, I couldn’t find anyone to collect my newcomers’ card. I was eventually directed to the reception which was closed, but I slipped it unto the desk. I haven’t heard from them though; so I must have put it in the wrong place.

The service lasted about an hour and thirty minutes. Which gave me just enough time to make it for the service in Trinity at 3:30 pm. Unfortunately, because of my loitering around trying to hand in the newcomers’ card, I stepped out to see the bus leaving the stop. So, I had to wait another 10 minutes more.

Outside the church, I could hear French singing, and for a few moments, I thought I had come to the wrong place. I hung around looking at the sign and notice boards, and everything was in French! So I was even more convinced I was in the wrong place. But coincidentally, I saw a man I had seen in the American Church walk in. He must have been church crawling too! So, I followed and realised the service was in another hall inside. I guess the building they use is actually the building for a French-speaking church. I got into the church, and they were just about to start singing. And I knew the first two songs! I must say, I was really happy about that, and sang my heart out. It was very nice, as those were the first songs I had recognised all day. Anyway, the atmosphere was one of a family church. 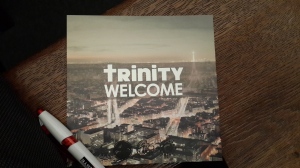 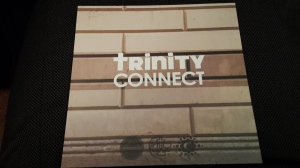 The message was A House of Prayer for All (Mark 11:11-24). I was told to hand the newcomers’ card to the pastor directly; but my fellow church-crawler was hogging all his attention. So, I gave one of the hosts to hand it in for me. I have since received an email from the pastor. Trinity church is just a few metres from the Jardin du Luxembourg – one of the more beautiful parks in Paris in the 6th arrondisement. You should definitely check it out.

So, I headed back home. It was a great experience! All of the churches had a diverse international congregation. It is wonderful to know that wherever you may find yourself in the world you will always have a family- the church of Jesus, the Christ.

This is an update! I later found out about this church, and attended this and Trinity for the rest of my stay in Paris. It’s an Anglican church that runs 3 services on Sundays (at least while I was there – Jan-Apr 2014). I usually attended the 6 pm contemporary service. I also attended Alpha once and a Mardi Gras get-together.

I really liked the ambiance of this church. I loved the pastor, a wonderful woman whose name I can’t quite remember at the moment 😀 . It was a welcoming, warm place – lovely music (one of the first things I noticed 😀 ), reverent worship.

It’s located in the Concorde,Madeleine area, where there a lot of fashion retailers, and embassies. It’s definitely an area you’d like to see while you’re in Paris. The church is definitely a big addition to the area.

I hope this is helpful to anyone looking for a place to worship and fellowship in English in Paris – while you improve on your French, of course. 😉